Women’s Equality Day is celebrated annually to commemorate the 1920 adoption of the 19th Amendment, which prohibits the states and the federal government from denying the right to vote to citizens of the United States on the basis of sex. Nationally, Women’s Equality Day is August 26th. Although the 19th amendment granted women the right to vote, we’d be remiss not to acknowledge that discriminatory laws in many states kept black women, indigenous women and many other women of color from voting until the passage of the voting rights act in 1965.

Women’s Equality Day was first celebrated in 1971, designated by Congress in 1973, and is proclaimed each year by the United States President. In 1971, following the 1970 nationwide Women’s Strike for Equality, and again in 1973, as the battles over the Equal Rights Amendment continued, Congresswoman Bella Abzug of New York introduced a resolution to designate August 26 as Women’s Equality Day. 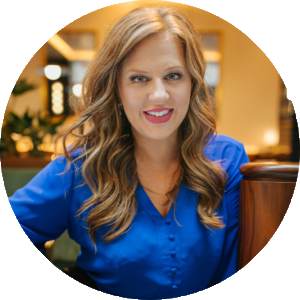 This special presentation of women’s suffrage will also take a look at the current state of equality for women and what we can do to move forward. Join us on Friday August 26 at 12 noon for a one hour presentation by Amber Erickson-Hurdle, who personally understands what it takes to succeed as a former teen mom who evolved into a powerhouse business woman, having worked with international celebrities and Fortune 100 companies alike.

Described as a “talented and creative executive that helped create a compelling internal public relations strategy to keep the spirits of 3000 Gaylord Opryland Hotel employees high after the unprecedented Nashville flood,” Amber quickly developed a far reaching campaign that served as the rallying point to achieve Opryland’s new and urgent business objectives. She has been covered in Entrepreneur Magazine, Fortune Magazine, Bloomberg Businessweek, and beyond. As the author of The Bombshell Businesswoman and host of The Bombshell Business Podcast, Amber empowers and educates women specifically, while serving everyone through her coaching and consulting. She’s also been among the Nashville Business Journal’s “Top 40 Under 40,” and won one of the highly competitive Nashville Area Chamber’s Nashville Emerging Leader Awards (NELA) as the winner in the Business Services category.