Posted at 14:10h in Business by FLBPWAdmin
0 Likes 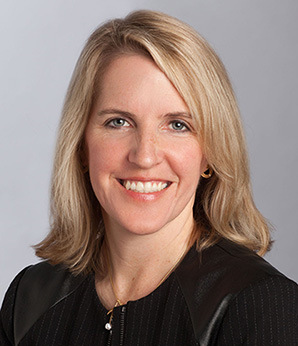 Catherine Stempien is Duke Energy’s state president in Florida, serving approximately 1.8 million electric retail customers in central Florida, including metropolitan St. Petersburg, Clearwater and the Greater Orlando area. She is the first woman to serve in this position. Catherine is responsible for the financial performance of Duke Energy’s regulated utility in Florida and for managing state and local regulatory and government relations and community affairs. She also has responsibility for advancing the company’s rate and regulatory initiatives.

Stempien has more than 25 years of legal and financial experience, predominantly in the energy and telecommunications fields. Before leading the corporate development function, from 2014 until June of 2018, she held numerous positions in the legal department covering virtually all areas of legal services to the company. She has served as vice president, legal, for Duke Energy’s Commercial Businesses organization. In this role, she led the groups responsible for providing legal services to the company’s commercial businesses, including Duke Energy International, Duke Energy Renewables, Midwest Commercial Generation and Commercial Transmission. Before the Duke Energy/Progress Energy merger in 2012, Stempien led the team providing state and federal regulatory, litigation and environmental legal services for Duke Energy.

Stempien joined the company in 2003 as an associate general counsel for Cinergy Corp. in Cincinnati. From 1996 to 2002, she was a senior attorney for AT&T Corp. in Basking Ridge, N.J., and AT&T Broadband in Englewood, Colo. She represented AT&T before federal and state trial and appellate courts and in mediations and arbitrations. Prior to her employment with AT&T, Stempien was an associate with Covington & Burling in Washington, D.C., from 1993 to 1996, practicing litigation and environmental law.

Stempien is currently a member of the executive board for Wake Forest University Charlotte Center. She also serves on the board of trustees for Charlotte Country Day School and is chair of the school’s advancement committee. Stempien and her husband, Jim Bolin, have two children.