Posted at 08:20h in Awards by FLBPWAdmin
0 Likes 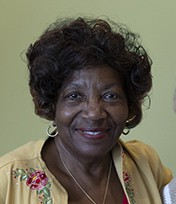 Established in 1991, the Glass Ceiling Award is presented by the state president to those women who have successfully broken through the barrier of advancement within their profession or organization, enabling them to reach the management level positions previously barred to working women. The recipient of the 2018 Glass Ceiling Award is Dr. Carrie W. Nero, Brigadier General, ANC, USAR (Ret).

From a little girl, Dr. Carrie W. Nero, Brigadier General, ANC, USAR (Ret) wanted to be in the military.

“I just loved everything about it,” Nero said. “I loved the way they dressed, the discipline. As a youngster, it was a dream.”

But back then, a career in the military wasn’t a real option for women.

“My father would tell me ‘girls don’t go to the military,’” Nero quoted.

So she graduated from high school, attended community college and became a nurse. Happy in her field and ready to attend the University of South Florida (USF), it seemed her dream had taken a back seat until a recruiter walked into the hospital where she was working.

The U.S. Army was looking for nurses with specialties and she just happened to be a surgical nurse. Nero signed up immediately.

“Since I had a degree, I enlisted as an officer — 1st Lieutenant,” Nero said. “It was exciting and gave me a lot of opportunities.”

She started her career with the Army Reserves in 1975 and began pursuing two career lives that would parallel each other. As a civilian, she attended USF and received several degrees, including bachelor degrees in counseling and behavioral health, a master’s degree in nursing and a doctorate in higher education.

As a member of the military, she attended training all over the world, including a year at Army War College in Pennsylvania.

As both careers began to blossom, Nero found enjoyment in her civilian employment at the Pinellas County Health Department where she served as the Director of Minority Health. During her tenure, the department reviewed data on health disparities in the African-American community. She was also able to research and study the sickle cell disease and its prevalence in minority communities.

Meanwhile, in the U.S. Army she served in Desert Shield/Storm caring for wounded soldiers in Alabama, Tampa and Georgia.

Then in 2002 came the call that would make her a part of history. Her dedication to her military career and commitment to training earned her the rank of Brigadier General. She is the first African-American nurse in the Army Reserves to achieve this honor.

Nero was recently celebrated for her achievements during the City of St. Petersburg’s annual Veterans Day ceremony last month. She said she never set out to become a general or to make history.

“When you are in your field, you want to improve,” she said. “I just wanted to know how to do it better and get more skills.”

After 30 years in the U.S. Army, Nero retired in 2006 but she still works on a variety of projects for veterans including blood pressure checks in the park and co-founding the National Association of American Veterans, Inc.

Nero said she’s had a host of opportunities and is amazed at where her career has taken her.